Much has already been said about the benefits of sports. Evidence has shown that the positive outcomes of sports go beyond just physical effects. Participation in sports also benefits the psychosocial and personal development of an individual.

The benefits of sports are also not bound by age groups. However old or young someone may be, physical activities will always have a positive impact on his or her life. For the elderly, engaging in sports can help prolong their lives and keep them sharp both physically and mentally. Meanwhile, the benefits of youth sports are well-documented.

Benefits of Sports for Children

Here, we will delve on why it is important to encourage, and even push, children to join sports activities. Listed below are some of the reasons sports are beneficial for kids.

Much like in the older generations, one of the primary advantages of involvement in sports for children is its impact on their physical health.

A recent study has shown that the incidence of childhood obesity has more than doubled in the past three decades. Children today generally weigh more and have a higher body mass index than the children of the past generation. The advancement of technology, particularly in the entertainment and gaming scene, has contributed to the increasing sedentary lifestyle among some children.

Kids who regularly play sports, though, tend to remain at a healthy weight while they are young and even into their adulthood. They are also more likely to have stronger bones, joints, and heart if they engage in physical activities early in their lives.

Medical professionals have stated that mental disorders, such as anxiety, attention deficit hyperactivity disorder, and depression, can occur even in childhood.

Playing sports or exercising can promote mental health as being physically active stimulates the body to release serotonin, a chemical that contributes to one’s wellbeing and happiness. Similarly, these physical activities also cause the body to produce endorphins, which are known for being natural mood boosters.

Because sports keeps the body active, children who participate in them will be able to sleep better at night and have a deeper quality of rest. This can also improve the mood of kids and enhances their mental function for the next day.

Some of the many challenges children encounter when growing up are learning to interact with peers, building friendships, and finding comfort in new social situations. By participating in sports, they learn how to connect, practice respect, and establish a relationship with other people – and not just with those in their age group, but also with older individuals, such as coaches and sports officials.

Team sports can help kids develop their leadership potential and learn important social skills because of their interaction with their peers. Dr. Austerman of Cleveland Clinic Children’s recognized the positive impact of a structured setting of team sports on children who are struggling with interacting with others.

“Having your kids in structured social activities that they can learn appropriately and they can be safe, but activities that help build persistence, and resilience, are very positive influences later on in life,” he said.

Additionally, sports also teach children that there is no ‘I’ in the team. Teamwork is an essential social skill that is advantageous for kids to acquire early in life. In sports, everyone must come together to achieve the goal. However, teammates have varying strengths and weaknesses, and they would need to learn how to come together and support one another despite these differences.

There are many personal skills that can be acquired when kids start playing sports early in life. Some of them are the following:

Most parents would agree that disciplining their children can be difficult at times. But sports will teach the young ones discipline because without it, it would be hard to achieve success in any sport. Following a set of rules, learning how to take orders and accept instructions by coaches, and keeping themselves in shape are just some of the things kids would have to go through in sports that would help them learn and maintain self-discipline.

Sports is not all about winning. Losses are as much a part of it as victories. When kids participate in sports, they could discover how to celebrate achievements with humility and be gracious in defeat. Learning to be competitive is one thing, but learning how to accept and cope with losses is an equally important life skill.

Sports require patience and perseverance, more so for those who have yet to develop the right skills to play the game. Kids will go through highs and lows, but these will provide them the opportunity to build resilience against adversities.

As most people would know, it is not always easy to get along with others. Sports can teach children how to treat everyone around them, including their opponents while playing sports, with respect, especially when there are conflicts that arise.

Children nowadays can be assailed with negative messages about their body image, confidence, and self-esteem. But participating in sports and being in a supportive team environment can counteract such messages they may have received.

A recent study has illustrated that early sport participation has led to higher self-esteem and happiness. It is not only winning games that can boost children’s confidence and happiness. There are also “small wins” or gestures that can allow them to feel good about themselves. These include high-fives or handshakes from teammates or even opponents, a pat on the back, words of encouragement from coaches, and more. Even constructive criticisms can help raise their self-esteem and confidence.

Another benefit of sports for children is that they learn about the sense of identity. When they are with teammates, they can achieve a feeling of belongingness. Additionally, sports can help them learn early on what they are passionate about and what they want to do as they grow older.

Scientists in Canada have determined that, among 15,000 kids, those who played sports while they were six to 10 years old manifested fewer emotional difficulties after reaching the age of 12. Children who take part in organized physical activities were found to have been associated with less anxiety and emotional distress.

A challenge that most people have to face is controlling their emotions when things do not go their way. In sports, emotions can run high, particularly in tense situations during games. However, emotional stress can hurt an athlete’s performance, especially in children. Thus, sports provide an excellent opportunity for kids to learn how to manage their emotions and channel them into something productive or helpful.

Kids can gain discipline and perseverance in sports, which they can apply in their studies. Participating in athletics can also improve their cognitive and memory functions, which could help them in academic activities, such as exams and projects. These could lead to better academic performance.

Even science backs up this notion. The National Center for Education Statistics has stated that children and youth who play sports are more likely to be academically successful.

Kids’ participation in sports definitely entails costs. Parents would have to pay for equipment, participation fees, coaching classes, gym or association membership, and more. In fact, it was estimated that parents in the U.S. spend an average of $671 per year to cover the costs incurred in having their children play organized sports.

However, the future financial benefits it can potentially bring can make up for such expenses – and this is true not just for children who will eventually pursue a career in sports. According to a study by Ohio University, participation in youth sports has been found to be associated with improved academic achievement, postsecondary education, earning a bachelor’s degree, and higher income.

Encourage Your Child to be Physically Active

Now that you know the importance of sports for kids, it is essential to motivate or inspire them to participate in such physical activities. There are several ways to do so. For one, you can make sports fun, because if children find a sport that suits their taste, they are more likely to stick to the sport in the long run. You can also lead by example by being involved in sports yourself. After all, you would also benefit from having an active lifestyle.

With plenty of benefits to their physical, mental, social, emotional, psychological, and academic life, there are very few reasons for children to not participate in sports. However, do not force your kid to take up a sport. Help them discover the advantages of playing sports and allow them to decide to get involved in it on their own volition. 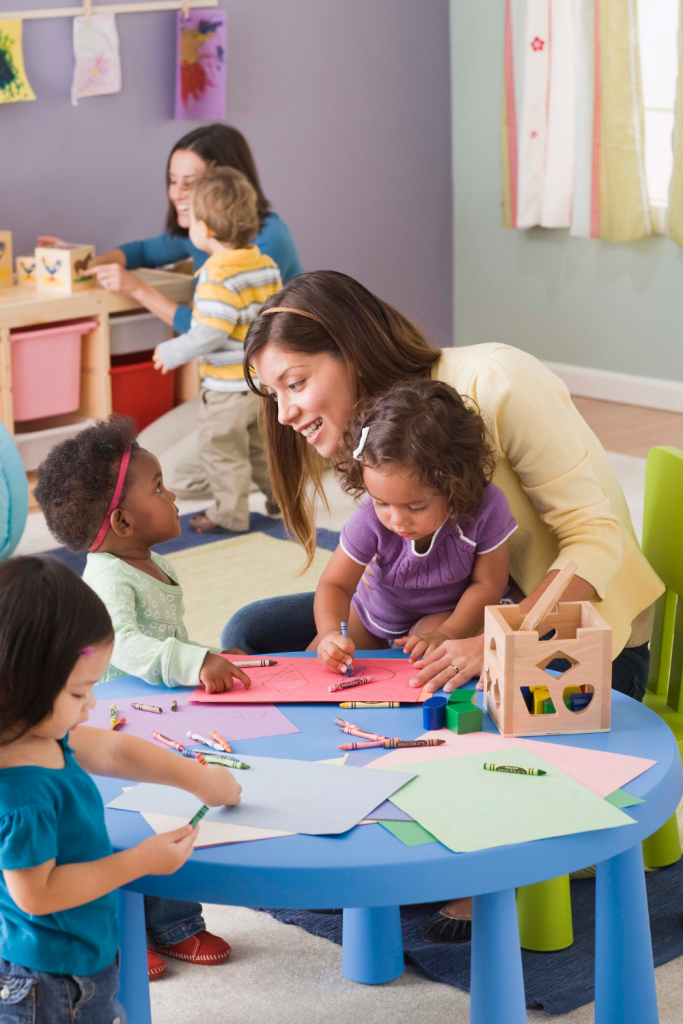 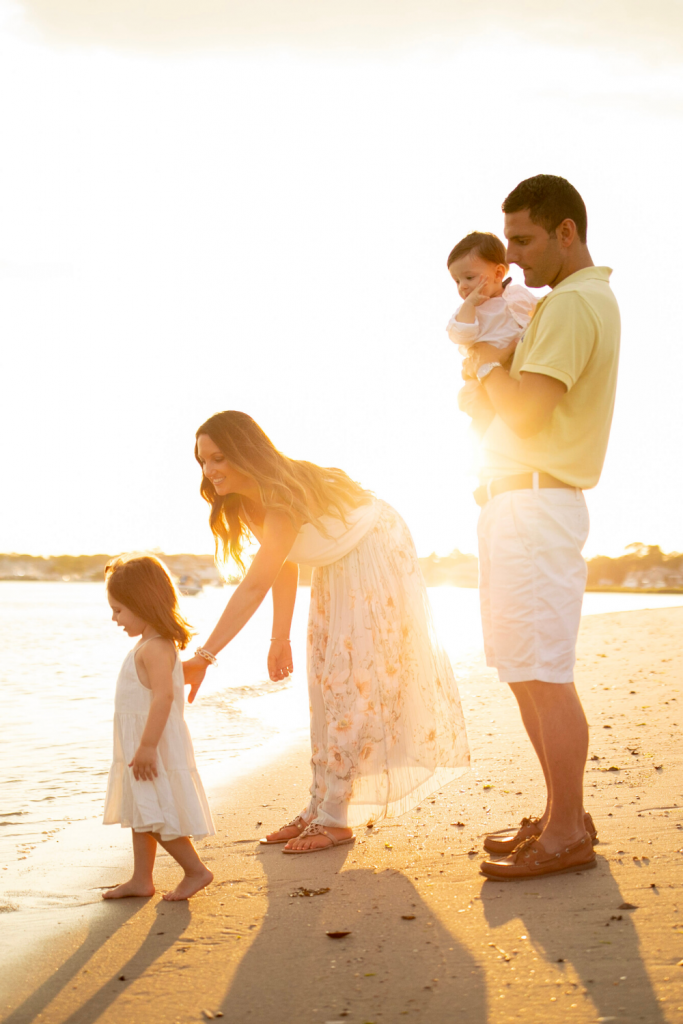