Missing your period is one of the easiest signs of pregnancy, but getting that positive on a pregnancy test is the only way to know for sure. You can get an accurate reading on some pregnancy tests as early as 6 days before your intended period and a faint line may come from an early test.

There are many different kinds of pregnancy tests and they range from simple strips, sticks, or digital tests. However, they all work in a similar way to indicate if you’re pregnant.

Digital tests are pretty self-explanatory and don’t leave much in question with a yes or no response. However, the strips and sticks can often leave you wondering, what does this even mean?

How do pregnancy tests work exactly?

“When you conceive, your body starts to produce a hormone calledhuman chorionic gonadotropin (hCG). Ten days after conception, the fertilized egg attaches to the uterus and the body starts making hCG and will continue to be produced in multiples.” states

The levels of (hCG) tend to increase as your pregnancy progresses. This hormone is excreted in the urine.

The amount of hormone present in your urine determines how pregnant you really are, but the number of weeks pregnant isn’t shown by the pregnancy test, only if the hormone is present in a high enough concentration to tell you if you’re pregnant or not.

I’ll start with two big tips for taking a pregnancy test to give you the most accurate results:

Next, let me explain how they work so you have an understanding of how the lines come up.

The Control Line and Test Lines

On standard pregnancy tests, the indicator that you’re pregnant is two lines. One is the control line (always there) and the other is the test line (determines if you’re pregnant or not). If the test is working properly, you’ll always see at least one (control) line. If you don’t see that, the test is invalid so try again.

Specifically, if you’re looking at the First Response Early Detection pregnancy tests, the control line will be on the right, closer to the handle.

It’s very common to get a faint line on a pregnancy test, especially if you’re testing early.

So what does it actually mean to get the faint line?

The test line is only triggered to come up by the presence of the pregnancy (HCG) hormone in your urine. Therefore, even if you get the lightest second line, it’s an indication that you’re pregnant. This can also be a reliable way to tell just how far along you really are.

As your pregnancy progresses, your body produces more and more HCG hormone that shows up in your urine. The line on the pregnancy test is an indicator of how much is in there.

Why is the line so faint?

Most women take a pregnancy test if they have missed their period, but the hormone level needed to be detected is about 3-4 weeks after the first day of your last period if in fact you are pregnant. The line can be faint, and you are pregnant, because there are some detectable hCG hormones present.

If the line is very faint, it can mean that you are very early in your pregnancy because there’s a low concentration of HCG. This is usually before you would have even noticed that you missed your period.

If you have been tracking your menstrual cycle and know that you should not have gotten your period yet, and got the faint line, then you should indeed be pregnant, just early on.

If you know that you have missed your period several days or weeks ago and notice a faint line, you are still pregnant as well. However, this may be a sign that you’re miscarrying the baby as the HCG in your urine should have been increasing exponentially and produced a dark line by now.

“It’s also possible to see a faint line if you’ve diluted your urine by drinking too much water before taking the test.” states Dr. Hrishikesh Dattatraya Pai, Gynocologist and fertility expert at ClinicSpots.

So, if you’re not sure whether the faint line you’re seeing is an evaporation line (more on that below), it’s worth taking another test with a small amount of urine.

Can a faint line ever mean that I’m not pregnant?

“Very rarely.” states Dr. Aaron Gelfand, OB/GYN, ChoicePoint. “If you’re using a reliable HCG pregnancy stick, chances are a red line means you’re pregnant. Only rarely does it mean a user error (meaning you’ve either peed too much or too little to dilute urine).”

I know this seems misleading, like duh, I knew I was either pregnant or not pregnant, but unfortunately, this is how it works.

An evaporation line may appear after the urine has evaporated from the stick and give a false positive result just by the interaction of oxygen on the test.

However, the good news is, that this evaporation line usually only appears if you’ve gone way past the time limit that you should read your test. Be sure to read the instructions carefully and they should tell you when to read the test (usually within 3-5 minutes).

This short window is when the test is most accurate with reading the HCG concentration in your urine.

The difference between a faint line and an evaporation line

An evaporation line is a faint, colorless line that appears after the positive test area has dried. It’s caused by dried urine on the pregnancy test stick and it doesn’t indicate a positive result.

A faint line, on the other hand, usually appears within the time limit specified in the instructions (usually 3-5 minutes). It’s usually pink or blue in color and indicates a positive result.

“Another reason why this faint line may be negative is that you’re having a very early miscarriage (chemical pregnancy).” says Dr. Monte Swarup, MD, FACOG, board-certified in OB/GYN and founder of HPD Rx. In this case, the HCG levels are slowly decreasing because the embryo never formed after the initial stage of conception.

When the Control Line is Faint

Usually there will be a picture indicator of where the control line and test line, whether it’s in a different window or the same window. However, on the First Response Tests, the control line is on the right (closer to the handle).

Typically, the control line will be the same color or darker than the test line, but this really depends on when you are testing.

This is a good sign as it means that there is a very high amount of HCG (pregnancy hormone) in your urine. What happens is that the test line is actually drawing the ink from the control line to the test line because there’s too much HCG for it to handle.

So if the control line is faint, this is also a good indication that you’re pregnant!

However, there are a few things to keep in mind with digital pregnancy tests.

“For example, they tend to be more expensive than regular pregnancy tests. And, because they give you a clear answer, they can be more stressful to use if you’re not sure whether you’re ready for the news.” states Dr. Hrishikesh Dattatraya Pai.

Yes, digital pregnancy tests are just as accurate as regular pregnancy tests. However, as with all tests, there is always a small chance of getting a false positive or false negative result.

If you’re concerned about the accuracy of the test, it’s always a good idea to take another test.

So there you have it. If you got the faint line within the test time window (3-5 minutes), you are most likely pregnant. Depending on where you are in your cycle can indicate that this faint line means you are early in your pregnancy.

If you have enough tests, you can test every day or even every other day to see if it changes. As the days go on, that line should get darker. If it doesn’t continue to get darker, you may want to call your physician to take a more valid blood test indicating the pregnancy.

If you want a test that will give you more of a clear yes or no, try the Digital Pregnancy tests from Clear Blue. I love these tests because they say “Pregnant” or “Not Pregnant.” Clear as day!

Whatever you’re hoping for, I wish you luck on this journey! If you want more information on early pregnancy, check out my related articles here:

Positive Pregnancy Test, Now What? Steps to Follow to Start Pregnancy Off Right

26 Sweet Ways to Tell Your Husband That You’re Pregnant

Feelings and Coping After Early Miscarriage 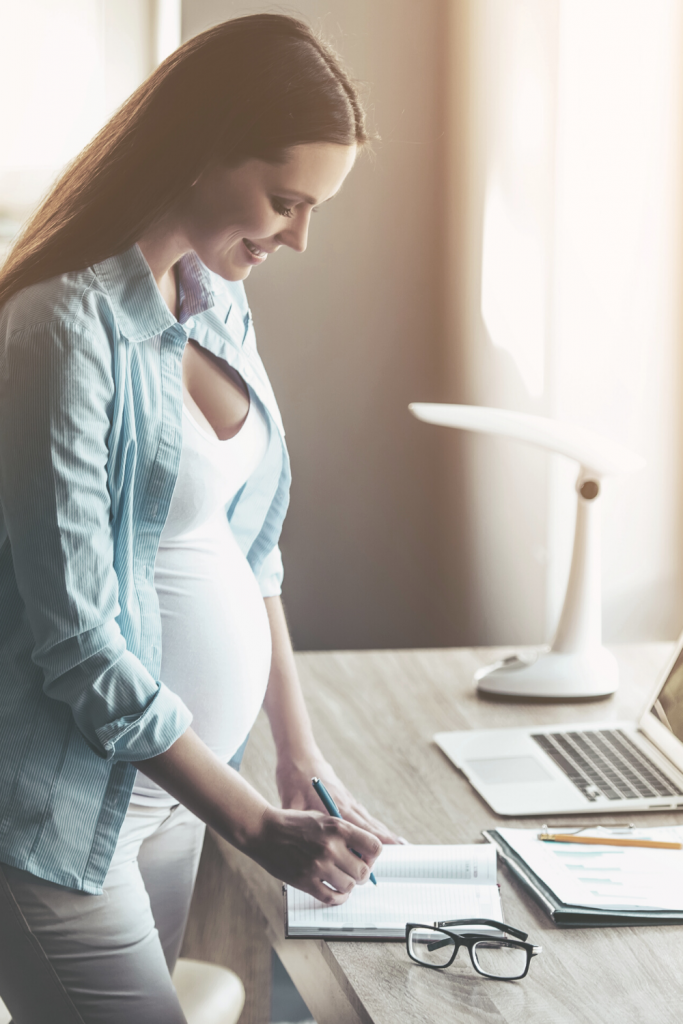 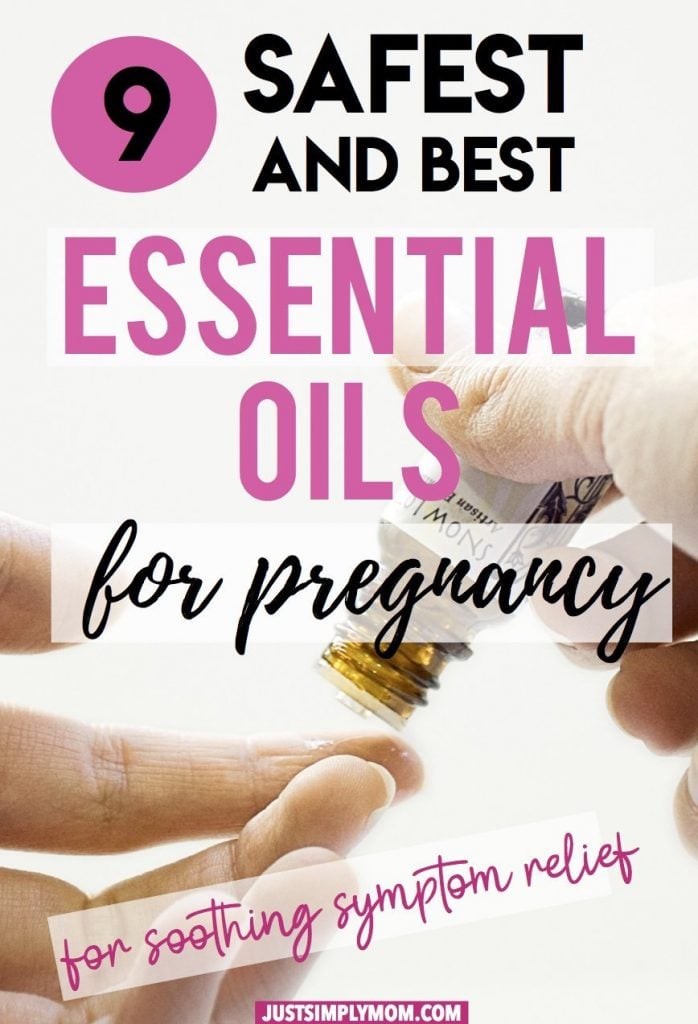 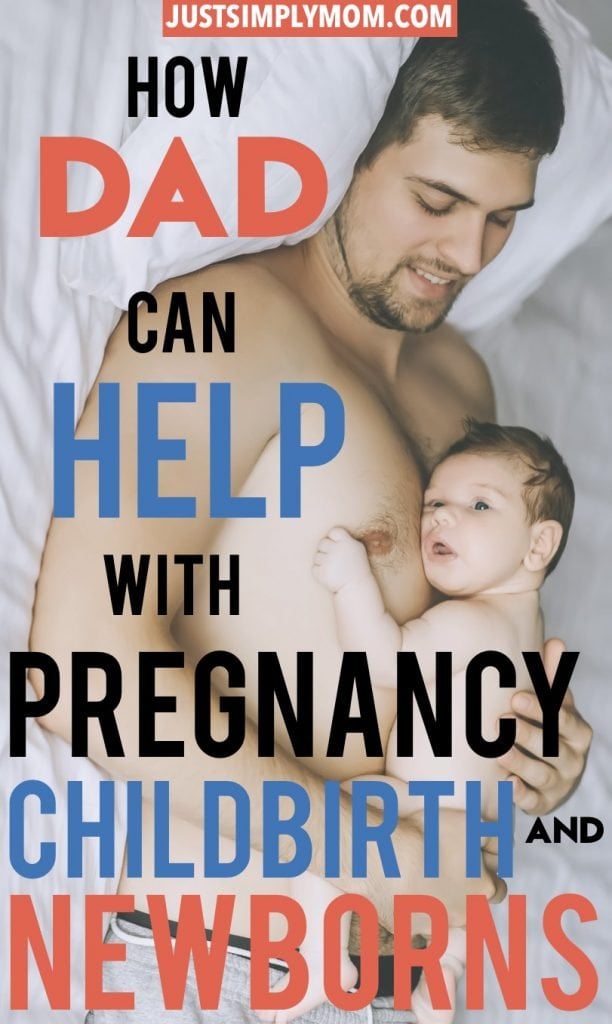