I remember standing in the living room with my two-week-old at 3 AM; he was screaming and wouldn’t stop. I felt exhausted and kept wondering – when do babies get easier – because I really hoped it wouldn’t feel like this forever.

Two more kids later, I can tell you with certainty that babies DO get easier, but when that happens varies for each child. All babies are individuals with different personalities, so when they get easier varies.

New motherhood is hard, even if you have the “easiest” baby in the world. You’re in the middle of major recovery and learning how to be a parent.

Don’t worry; babies get easier over time. It won’t feel like this forever.

This post may contain affiliate links which I would receive a small commission should you make a purchase.

Why Are Newborns So Hard?

Newborns are adorable; it’s impossible for humans not to want to love and cuddle a newborn baby. However, that doesn’t mean they aren’t one of the hardest things to handle.

But why is this time period so difficult for parents?

Here are a few reasons why you might feel run down during the first few weeks of your baby’s life.

Babies Have a Weird Sleep Schedule

If someone tells you that babies don’t sleep a lot, they’re lying. Newborns sleep 18-20 hours per day.

Then, why are parents SO exhausted?

Newborn babies have a different sleep schedule than adults. Most new babies only sleep two to three hours at a time.

They have to eat often around the clock. Babies don’t care if it’s 2 AM; they’re hungry and need to eat.

Taking naps when your baby sleeps is possible, especially if you don’t have other kids at home, but it won’t solve the problem. Adults are hardwired to sleep differently; we need a large chunk at night.

Waking up several times per night is tiring no matter how many naps you take per day.

Healing From Childbirth is Hard!

No matter how you give birth, childbirth recovery is hard.

Vaginal births are exhausting, and you might have significant tearing and sutures that make sitting down uncomfortable.

C-sections are legitimate, serious surgeries that take up to 8 weeks to heal fully. Your c-section recovery might take even longer if you have complications.

Our bodies use a lot of energy to heal, so it’s natural to feel tired after such an ordeal. Unfortunately, that doesn’t combine well with the unrelenting feeding needs of a new baby.

I remember crying as I breastfed my new baby.

My nipples hurt, and I felt like all my baby wanted to do was feed. Then, he was gassy, and I was sure that it was something I ate.

Whether you use formula or breastfeeding, problems with feeding are common in the first few weeks of life. You might need to try different brands of formula, battle constipation issues, or figure out why your nipples are cracking.

I don’t care if you’re a new parent or have five kids; a new baby is overwhelming. A lot is happening at one time, and adjustments are rough for everyone.

You feel emotionally overran and overwhelmed. Sometimes, I felt like things would never go back to normal, and I might feel this way forever.

Even if you are lucky enough to work for a company with paid maternity leave, chances are you have to return to work six to eight weeks after giving birth.

You finally are figuring out how to feed your baby and feeling more comfortable in your new role as a parent. But, then, you’re thrown back into work.

That brings up tons of emotions and new adjustments.

So, When Do Babies Get Easier?

We know WHY babies are so hard, but the big question is – when do babies get easier?

I have to be honest; no magic age exists. Some babies are easy from the start; I would love one of those unicorn babies!

Here’s why the range of eight to 12 weeks seems to be the magic time when babies get easier.

When They Know The Difference Between Day and Night

In the beginning, around one to two weeks, your baby starts to wake up more after birth, and they start to have long stretches of awake time in the middle of the night.

Your baby has his days and nights mixed up.

It’s a common problem, and it’s easily reversed with patience. By four to six weeks, most babies figure out that they are supposed to sleep at night and have their awake period during the day.

When babies start to have bigger awake chunks during the day, you notice reciprocity occurring. Your baby starts to engage with you.

Your baby will start truly smiling around two to three months old, and every parent loves this time.

You make silly noises, and your baby smiles. He might smile just when he sees you or his siblings. Kids love other kids.

Babies Get Easier After the Moro Reflex

Have you ever noticed that your baby throws his hands out in response to loud noise? That’s the Moro Reflex, sometimes called the startle reflex.

The Moro Reflex makes sleeping a challenge; any noise or movement causes your baby to throw out his arms, and he wakes up. That’s another reason that parents love to swaddle their babies.

This reflex peaks around four weeks and disappears between eight and 12 weeks. Sleep starts to get easier.

Babies Get Easier When They Sleep Longer

Once the Moro reflex disappears, your baby starts to sleep longer.

Now, I’m not telling you that your baby is going to sleep ten hours long. That’s a dream, but it won’t happen yet for most infants. Instead, they might sleep three to four-hour stretches.

Sitting Up and Rolling Helps

I notice that my babies get easier when they start to sit up and roll around. Of course, the independence helps me get a break, but they have better naps and overall seem to be happier.

Happier babies mean less crying, and I start to feel less overwhelmed around this time.

You Aren’t Alone If It Takes Longer

If your baby doesn’t get easier between eight and 12 weeks, you aren’t alone, and it doesn’t mean that anything is wrong with your baby or you.

You might have a high-needs baby; this isn’t talked about enough in the parenting world, but it’s a reality. Unfortunately, some children have higher needs, and we, as parents, have to adapt to meet their needs.

No matter if your baby is high-needs or not, your baby will get easier eventually.

Why Does It Take Longer for Some Babies to Get Easier?

There are some real reasons why it might take longer for babies to get easier. Here are a few reasons.

Sleep regressions are the bane of any parent’s life. Unfortunately, as soon as you think your baby is sleeping well, a regression happens.

Your baby might also sleep poorly during leap weeks; I highly suggest you check out the Wonder Weeks to learn more about these periods.

You might decide that breastfeeding isn’t for you and wean your baby on formula.

Introducing solid foods is fun, but it also causes belly aches and pooping adjustments. Some parents wean their babies off pacifiers early.

All of these things cause adjustment periods for you and your baby that makes it harder for babies to get easier.

Mama, you aren’t alone if you have postpartum anxiety or depression. Up to 15% of women experience PPD after having their babies.

This is far from shameful; it needs to be discussed far more often and in the open. However, if you’re wondering when your baby will get easier all the time, it might be because you feel overwhelmed by your anxiety or depression.

If you spend time wondering when life with a baby won’t feel so hard get, I promise you aren’t alone. Babies are hard, even if you aren’t a brand new parent, but over time, all babies get easier, and you’ll feel more confident as a parent. 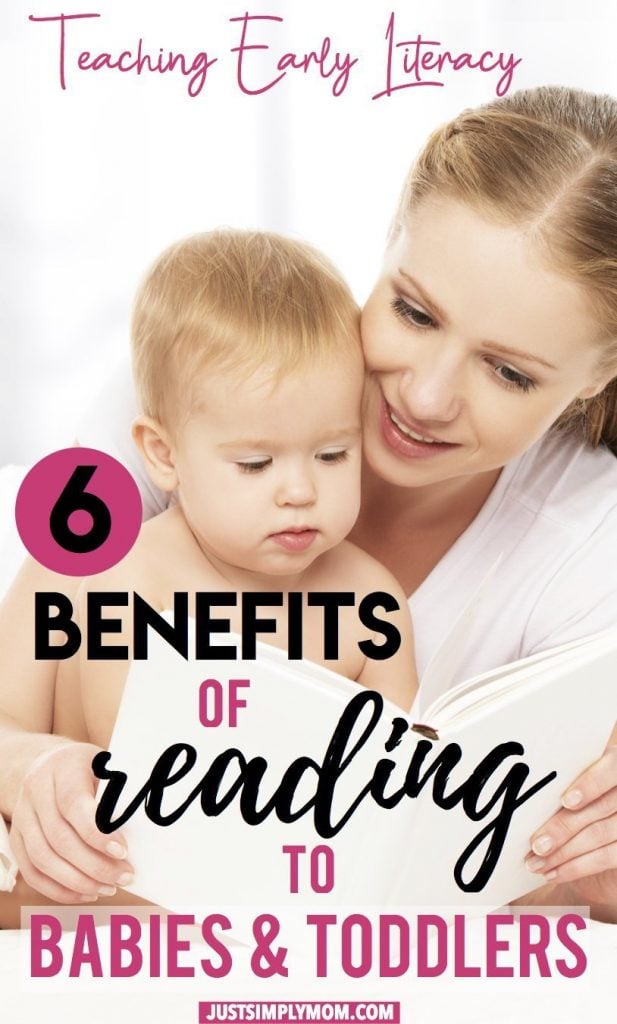 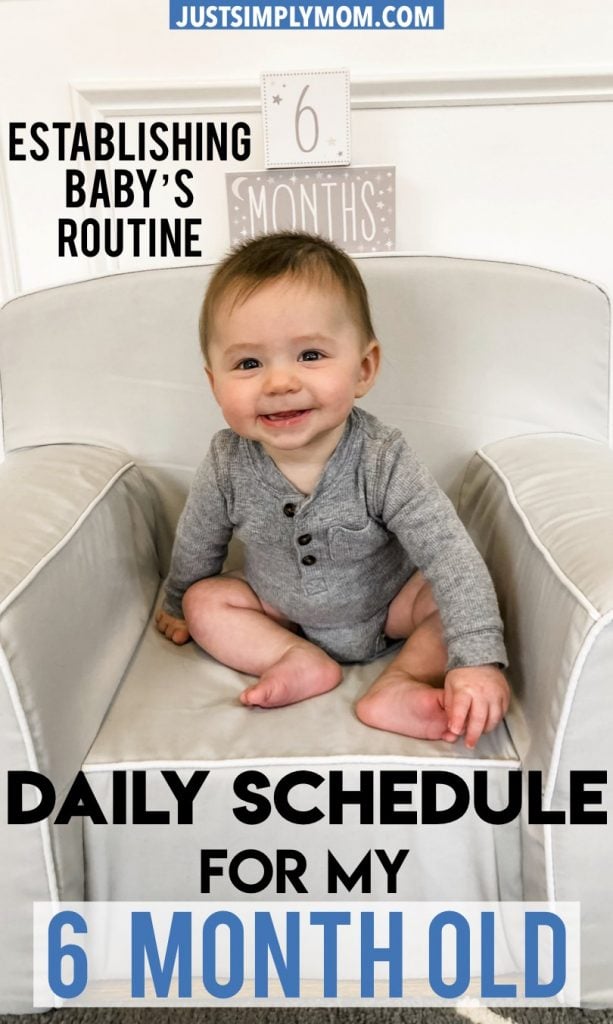